Another grey wintery day in Asahikawa. More snow and more cold. We wake up, put on the same jacket and shoes and head out the door. Although the call of the mall is strong, we determinedly turn left in search of nourishment. 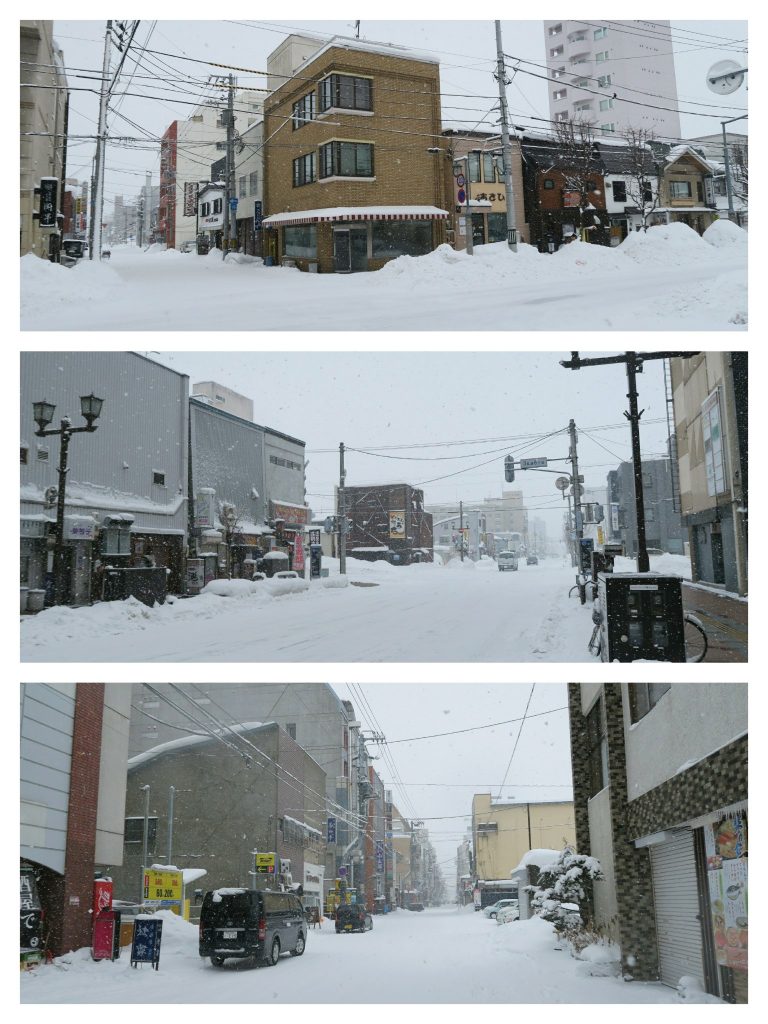 Asahikawa’s streets are barren and the storefronts are dimmed and shuttered. It feels surreal, as if we are the only people about. 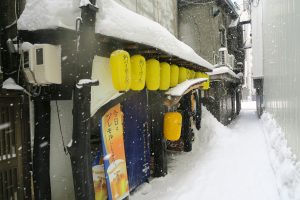 We trudge on through the narrow alleyways, hopeful that we will find a familiar sign indicating that we have arrived at our destination. 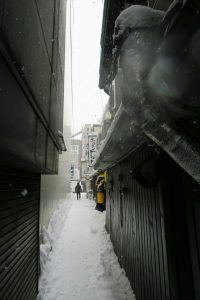 Hunger soon cut short our mission and we go back to old haunts to satiate our grumbling stomachs. We go back to Baihouken Ramen, already salivating in anticipation of that beautiful bowl of rice topped with meat sauce and a soft boiled egg…only to be told they’ve sold out of the dish. Doh! 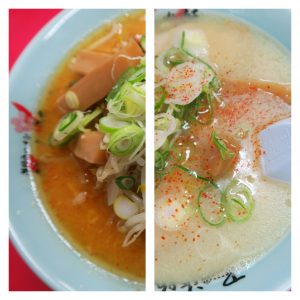 We head back to the hotel after lunch to snack on some apple and strawberries. I ask front desk for a knife to cut the apple but they don’t hand out knives to guests, too dangerous. Mmmmmmkay. Never would’ve thought a dull dinner knife would be the weapon of choice. And if we really wanted to kill ourselves, all we had to do was stand outside long enough and let hypothermia do the job. I end up using the fork the hotel gave us and it was lethal enough to split the apple. 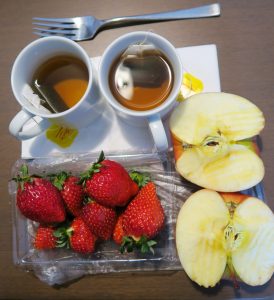 Do you wanna build a snowman?

looking back at asahikawa