on our third day in antigua we planned for a daytrip out of the city.  the landscape of guatemala is riddled with volcanos and mountainous passes; antigua itself is nestled between a trio of volcanos with two additional volcanoes nearby that are very popular for hiking.  volcano fuego is the most active of the three.  the second most active would be pacaya volcano and many hikers will book a daytrip there as it is only half a day long.

st things first… when booking excursions in guatemala (and likely the rest of central & south america), i highly recommend waiting until you arrive in town before purchasing a tour.  the advertised rate for many tours are already 30-50% cheaper than those online that are listed in us dollars.  in addition to that, there is also room to negotiate if the season is slow.  with that out of the way, we booked a 6am half day tour which would have us back in antigua by 2pm.

well the morning started pretty rough, as 5am wakeup calls tend to be.  we walked our way through a virtually empty town with the exception of a large number of cleaners tidying up the streets, sidewalks and greenery.

after arriving at our pickup point, we waited, waited and waited some more.  some 20 minutes later, we heard our shuttle bus clacking away down the bumpy cobblestone roads (mechanic shops in the region must be making a killing).  there were only four people on board while we had room for nearly 16 so we were on our way to pick the others up.  round and round the city we went, passing intersections multiple times before we finally stopped for a breakfast pickup, or so we thought.  the 10 of us filed out and lined up to forage for baked goods and after a few minutes another shuttle bus showed up.

“oh, this must be the jumpoff point for all the pacaya tours” i thought.  well, yes and no.  the passengers of the other shuttle filed out and lined up for breakfast as well and after 10 minutes, their driver pointed to our shuttle and drove off.  what happened next was an adult version of musical chairs.  the new passengers filed into our bus and our passengers were simultaneously scratching their heads and looking for their seats as well.  everybody eventually packed their way in with the help of foldable seats but what was once a comfortable 10 passsenger van turned out to be a speeding sardine can with what i guess was at least 17 people including the driver.

i’d estimate the drive to have taken about 60-90 minutes but i couldn’t tell you for certain because i passed out after the 20th speedbump.  there’s something so pleasingly narcoleptic about car rides that repeatedly sway you left and right.  i woke up to my fellow hikers jostling for a window view to volcano fuego.  we made it!  well almost.  another 10 minute ride up a winding dirt road dropped us off at the pickup point.

we opened the shuttle door to a mob of locals.  the children were renting out walking sticks and older men were offering up horseback rides.  about half of our party opted to ride the horses up and the other half got walking sticks.  some even got both for some reason.  after meeting our guide and paying the entrance fee to the national park (a good idea to double check with your tour company if this is included), we began our hike up.

the pathway started out with rocky stairs which quickly turned into a healthy, dark coloured dirt path.  i say healthy because while the horse owners follow you up the mountain in an attempt to convince tired stragglers to take their ‘taxis’, the horses themselves are busy dropping gigantic brown marshmallows and painting out a minefield for hikers to navigate.

the path upwards is sheltered from the elements thanks to overhanging trees and bushes.  even with boots on, the dirt was so soft in some places that i was losing traction but i’m glad i brought these instead of my walking shoes which would have been filled with dirt just after starting the hike.

after about an hour or so and passing a handful of viewpoints, we arrived at our highest point of the hike.

by the time we arrived at the top, the clouds were parted and we were able to see the two closest volcanos, fuego and agua.  the nearby towns were also scattered around the base of both although antigua was not one of them because it is on the opposite side of fuego.

although this was the highest that any current tours currently go, our hike wasn’t over yet.  we proceeded to hike down into what i think might have been the caldera after the magma chamber collapsed.  the path was fairly steep, rocky and slippery so while us gringos sidestepped our way down, our guide literally ran down and lapped all of us even though he started the last.  i would’ve had pictures as proof but i was using both my hands to balance myself on the way down.

the main selling point of the pacaya volcano hike is that once you summit, you’d be able to see slowly flowing trails of magma.  unfortunately for us, pacaya was last active two years ago so there was no flowing magma to be seen which was also why we opted to do the daytime tour.  the night tour would allow the best views of the glowing magma if it were active though.

our guide didn’t let us down though.  as we walked round the hardened magma field, he stopped us next to a few holes that were still emitting heat from the volcano.  these are called fumeroles and he brought out a pack of marshmallows for us to toast in these holes

a heads up that there are rocks that are smoking hot to the touch.  at least they are for our gringo hands.  our guide handed them to us as if he was passing us a marshmallow and every one of us dropped the rocks immediately!

we even had company on our walk up… a pack of doggies rotated around all of us and we figured out why.  it seems like a lot of walk for a few marshmallows but hey, look what we did!

the hike down went by a little quicker and everybody was going at their own pace so we spent more time taking pictures. 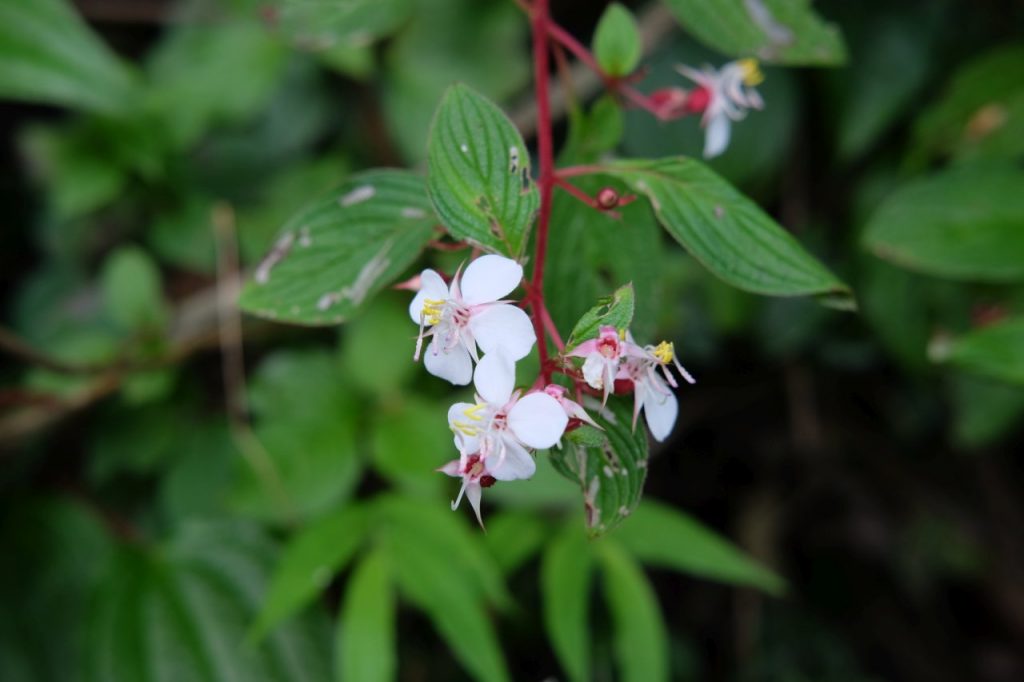 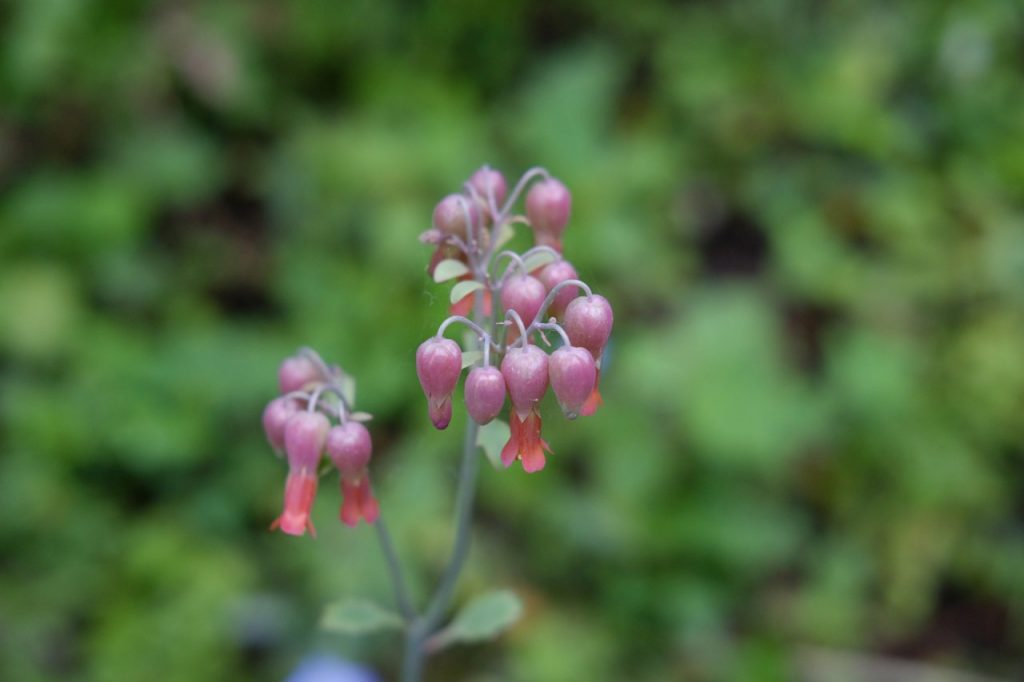 after a bumpy, drowsy ride home, we were back in antigua by 2pm just in time for a late afternoon snack at taqueria dona lupita.

daytrip #1 in central america is in the books.  hopefully many more to come!

for the adventurous souls who are looking for a bigger challenge, an overnight hike/tour up acatenango is offered by many companies where you are almost at the same elevation as the peak of fuego.
you can find more info on that here: hike acatenango volcano

practical info:
-tours leave antigua at either 6am or 2pm.  clouds & rain tend to move in during the early afternoon so during the rainy season it’s recommended to book the early hike.  if lava is flowing, the later hike would give you better visuals though you will be hiking down in the dark.
-what to wear: you’ll be cold at the start, hot on the ascent and cold at the summit due to the wind so layering is better than thick clothes.  windbreaker or rain jacket.  shorts are fine for the daytime hike.  shoes with decent grip; flip flops won’t cut it especially on the hardened lava field at the top.
-your shoes will get very dirty with a high possibility of that being horse poo as it’s all over the lower trail.  do not bring shoes that you cherish.
-what to bring: 1-2 liters of water, snacks, camera & a headlamp/flashlight if you’re doing the afternoon hike.
-water and snacks can be purchased from the store at the base
-cost: ~70q (can haggle if it’s shoulder season) includes round trip transportation from antigua to pacaya and a guide.  50q park entrance fee payable at the base.  rent a walking stick for 5q from the boys at the bottom and horse rentals are 100q