jojo:
what do i like?
-unbelievable scenery.  the drive here involved taking multiple tunnels through the mountainous terrain of montenegro as well as passing well developed beach towns bar & budva along the adriatic sea.  kotor is nestled in a bay surrounded by mountains and the old town is a walled city with walls running all the way up the mountain range.  i feel like i’m on the set of one of the lord of the rings movies.
-a farmer’s market across the street from us selling everything from olives to fresh fruit to mini strawberries (never seen these before) 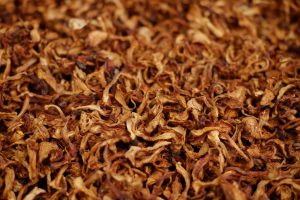 -the cleanest old town i’ve ever seen.  the walled city is immaculate with polished stones, no litter and nice patios everywhere.

what do i dislike?
-the cleanest old town i’ve ever seen.  it reminds me of walking through a theme park ala rusutsu’s time warp of a mall in the middle of it’s ski resort.  there’s something odd about it, i can’t place my finger on it but it kinda feels like i’m on the set of the truman show.

what do i like/dislike about the new accomodations?
-we’ve been on a roll with our hotels as of late.  i hope that means that we’ve already paid our dues to the accomodation gods and not that our upcoming places will be so horrible that it’ll average things out.  this place is huge with a full size living room, full kitchen and dining table, two bathrooms, two bedrooms (with a third bedroom unused) and… a hallway!  we don’t get see these very often, maybe only the third time in five months so far.

biggest adjustments from the previous stop?
-it was only a week in albania but it’s weird to feel like we’re back in the modern world.  international brands, big box stores not to mention million dollar yachts and highrises all along the coastline.  it’s only been a day and although kotor outside of the old town is quiet, i miss the quaintness of saranda.
-sticker shock.  we’re back on the euro and prices are about 30% cheaper than greece which unfortunately means it’s still about 100% more expensive than in albania.

what was our first meal?
-ćevapčići sandwich – similar to a donair except the meat is more like a skinless sausage; juicy, salty and grilled to a crisp on the outside with a choice of three toppings on the inside (from their ‘salad’ bar).  our host pointed this place out to us that turned out be rated #2 of things to eat on tripadvisor.  it’s a butcher shop that roasts full chickens and pork loins outside the front door all morning and has a plethora of marinated meat to choose from.  food ranges from 1 euro up to about 10 euros and reminds me a lot of the bbq joint we frequented in albufeira.  we walked in to ask about the rotisserie pork loin and we ended up getting a handful of chunks as a taster.  the best part is that it’s downstairs from our airbnb which just means that we’ll be eating it repeatedly.

overall impressions?
i quite like kotor and after seeing the sights we wanted to see already on the first day, we have three days to do daytrips to the other old towns and beaches (one destination actually having an old town attached to a beach in the form of a small island).  the scenery is quite different from albania with rockier, more exposed mountain faces, more water, narrower roads and more development although i believe most of that has been in the last 10 or so years.  every few minutes of the drive along the coastline to get to kotor was a postcard worthy view with bright blue water, sandy beaches, houses cut out of the mountainside and chapels perched on little islands just off the coast.

Kotor is a little town nestled in an inlet, surrounded by mountains. A very well preserved old town surrounded by walls. It’s very beautiful. And filled with cats! So much so that it has its own cat museum.

The temperature is climbing as we get into late June and it’s hot! Hot weather also brings musquitoes. I hate musquitoes!

This airbnb has lots of space and it’s nice to have a washer again after couple of weeks staying in hotels. We had a bag of dirty laundry just waiting to get washed the minute we arrived there.

It’s weird to say but I enjoyed being one of the few English speaking tourists around in Albania. It was very rare to hear English being spoken. In Kotor,  there are lots of tourists, whether from the cruise ships that dock at the port or Aussies/Kiwis on their travels. With more tourists, most businesses and shops are geared towards them. I miss the local flavour of Albania.

I had a grilled pork chop, some “multivitamin salad” and the best roasted potatoes I’ve ever had from the butcher/restaurant next to our airbnb.

Kotor is not very big but it doesn’t feel super crowded. It’s easy to avoid the big groups of tourists walking through the old town by ducking into a narrow alleyway which will lead you to a quiet little square with some patio and gelato action. You can see that there is money being spent in Kotor just from the very nice yachts moored at the marina next to our airbnb.