q. favourite meal
a. our last meal in sevilla.  the food for both granada and sevilla has been great from start to finish but our last night had a slew of great dishes with a bit of a twist.  in a nice space.  with good craft beer.  and cute waiters.

q. most memorable moment / best highlight
a. toss up.  the alhambra in granada was sensory overload.  i had no idea what to expect and what my eyes witnessed was insane.  we spent an hour and a half in the gardens and it seemed like it went by in a minute.  we budgeted three and a half hours to look around & line up for the palace and then a further hour for the palace itself and we came up about two hours short.  not only are the grounds massive but they were possibly the most amazing grouping of eye candy i’ve laid eyes on from start to finish. 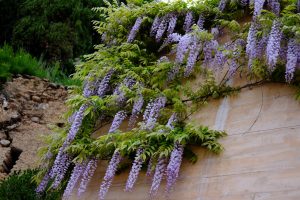 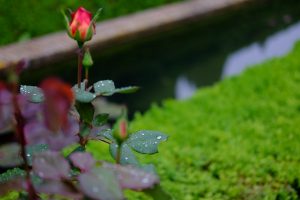 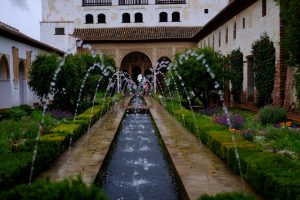 after the gardens we spent about an hour strolling through a courtyard and the grounds before doing a lap through the alcazaba.  from the alcazaba, you can see most of granada as well as the nearby mountains, the sierra nevada.

finally, you have the palais de nasrid.  mind-blowing architecture and symmetry from a mix of andalusian & moorish influence.  pictures don’t really do this place any justice because of the grandness of the scale.  the detailing is beautiful, the symmetry so intoxicating and the combination of rooms, courtyards and halls amazing.  i’m still scratching my head over how all the detailing was done so perfectly hundreds of years ago

q. greatest challenge
a. dealing with the burnout of visiting cathedrals, squares, plazas, castles and palaces.  not to take anything away from the sights that we’ve been fortunate enough to see but i feel like there’s only so much that my eyes can ingest.  i do feel like i need to make the push to take in some history and culture but after stopping in four spanish cities already, my brain begins to wander at the first sight of crowds

q. what i miss most from home
a. consistent outdoor activity.  walking around and exploring is great and all but i can seriously feel my stamina lacking.  plus i’m missing the ability to work up a good sweat or to be outside in the sun melting for hours while playing tennis or riding bikes.  it’s highly likely that my weight gain at the end of this trip could get to the triple digit mark so i’d like to start working off said-pounds-in-the-making sooner than later.

q. next stop
a. albufeira, portugal

q. weirdest observation about current culture
a. the siesta breaks where the majority of the city shut down has hit us right in the face more than once.  it hasn’t been terribly intrusive but we’ve found ourselves on the receiving end of a ‘sorry, but we’re closing’ encounter more than once, usually around 3pm in the afternoon.  we’ve had to leave gardens, even the alhambra at the end of the night.

q. one tip i would give myself if i were to come back
a. having seen what i feel is the bulk of the city, i’m not sure if i would come back to granada though i’d be open to a short stopover.  maybe with a car to hop around the area

q. friends i’ve hung out with/visitors
a. cyguy and nads from sevilla onwards.  it’s been barely two weeks since we’ve been on our own and we’re already back with a travelling couple.  i’ve had the pleasure of sleeping well and not hearing nadia’s laugh for almost four months now.  the torture is real.

q. one random/weird/cool thing i learned about the country i’m staying in
a. the country seems to use the same names for streets and monuments for each city.  so there will be numerous alcazars, gran vias, placa de sols and so forth.  not too odd but i do find it odd (similar to the number of ‘springfields’ in the united states).  on the day that we were meeting them in sevilla, nadius actually drove to the same address in a nearby town by mistake.

q. one new experience/memory that will stick with me
a. spending the greater portion of a day graffiti hunting in granada.  i never would have thought that such an old city would be such an epicenter of street art but it was nothing short of amazing, quite possibly the single nicest collection of murals that i’ve seen in person.  every corner we turned around opened up more corners with possibilities of finding additional artwork.  the styles were so different from what i’ve seen in the past, the majority of complex ones having been painted by a local of granada, raul ruiz aka: el nino de las pinturas.  i’m definitely going to have to dedicate at least a post or two to everything i’ve found in granada but here’s a couple of my favourites…

q. portion of luggage that’s been the most & least useful
a. shorts!  down with the pants, once and for all!  with the warmer weather hitting us in full force, i think i’m going to bid farewell to everything that surpasses my thighs.  once again the gopro has proven to be useless even after meeting up with other people.  sigh, maybe it’s time to ship this sucker home to make room for more underwear.

the streets of spain are alive – graffiti love