Didn’t realize how much pho I have until I was missing it badly after two weeks on the road. I guess I almost have it every week and it’s one of my go to cold rainy soup. I didn’t find any decent ones in China or Sapporo and had to wait until Tokyo to get my first bowl of pho. 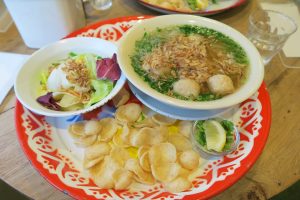 Very light broth with pork/chicken balls, definitely not beef broth. I really liked the shrimp chips, ate most of jojo’s too. But this wasn’t quite the same Thai Son pho I’m used to. 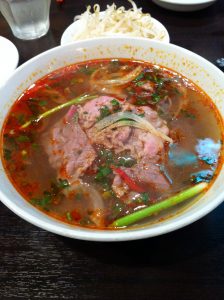 First bowl of beef pho. The soup was tasty and the guys in the kitchen spoke Vietnamese so it was legit. Unfortunately no cilantro or basil. Rare beef slices, no other beef meat options. The portion size could be bigger too. They had the chilli sauce that I love from Pho Goodness in Vancouver so I was a happy camper.

It was so horrible that I didn’t bother taking a picture or want to remember much of it. I think I doused it in sriracha sauce to make it edible. Both of us were hangry at the time and it served its purpose. 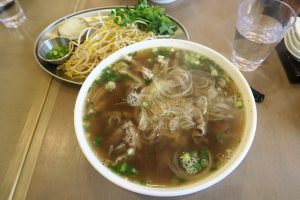 San Francisco franchise pho restaurant. Closest to Vancouver pho in terms of flavour, size and all the beef fixings (tendon, tripe, brisket and rare beef). I enjoyed every bite.

BUT the search is still on until I find a Vietnamese restaurant which serves bun bo hue.

you’ve got a friend in me

laid back afternoon in shimokitazawa