our second day in tokyo was a lazy day after all the walking around we did.  we woke up late and ate breakfast at home thanks to our (drum roll)… TWO burner stove.  yeah we did.

seeing as how we skipped both the asahi and sapporo breweries in hokkaido i felt it was only right that i made the effort to visit at least one before i left japan so we set our sights for the closest big name brewery, suntory.  the train to bubaigawara from shinjuku took 25 minutes and after grabbing a snack, we caught the free shuttle bus to the brewery from the subway station.

the only brewery tours i’ve been to thus far have been micro/nano breweries and when we rolled up to this one it was like setting foot in a metropolis.  massive.  it wouldn’t have shocked me in the least if it transformed and flew to cybertron.  it’s a very professional production as well, women tour guides dressed in uniform (i was unable to take photos of them due to fairly strict tour rules.  also frowned upon is chatting with the tour guides for personal reasons.  hmmm, wonder how many drunk japanese men it took for them to set those rules in place?), a reservation system (which we didn’t have), a short verbal waiver confirming that you will not be driving after the tasting portion of the tour and even english audioguides.

our tour group was about 40 people large and over the next hour we walked through the various stages of the brewing process. 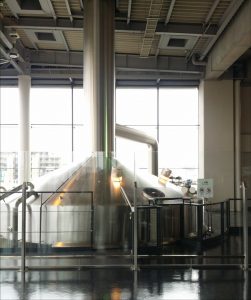 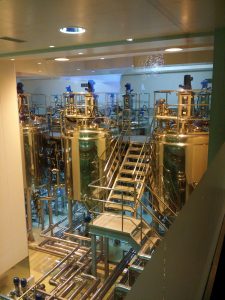 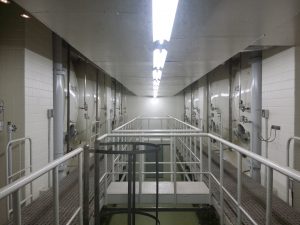 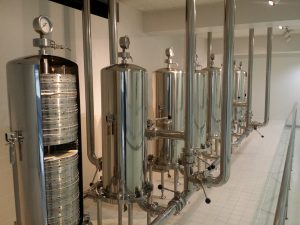 the tour ended in the tasting room and the japanese know how to do it right.  three very generous taster pours for each person if they choose to sample all of them and a pack of rice crackers to soak it all up.  the beers on tap were:

overall, a very well put together tour by suntory.  they make it easy for locals and tourists alike to get to & from the brewery and who can argue with free beer?!

you’ve got a friend in me