First day in Asahikawa was somewhat of a failure. We had to leave the first hotel we checked into because the room reeked of cigarette smoke and the wallpaper was cracking and peeling. By the time we settled into the second hotel, we could not find any restaurants that were still open after 9pm. So we made do with what we could find at the supermarket across the hotel. On the plus side, most deli items go on sale after 9pm. Score! 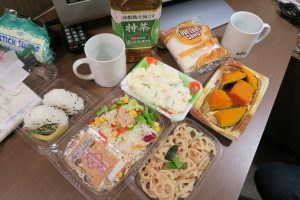 We made up for it today by having lunch at Santouka. This is the same ramen restaurant chain as the one in Vancouver. The first Santouka restaurant opened in Asahikawa. I ordered the pork cheek ramen and the meat was so tender, it almost had the consistency of spam. 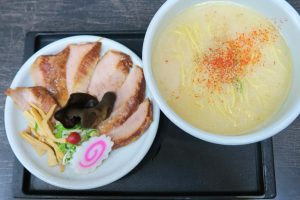 After lunch we headed out to the snowy streets of Asahikawa to check out the snow festival, it’s the last day. It snows a lot in Asahikawa, even when the weatherman says it will be sunny. The streets are also dangerously slippery. Couple of Japanese ladies walked by with ski poles, smart ladies. 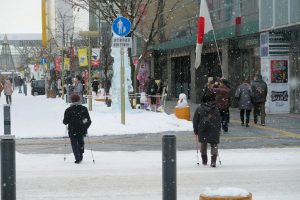 The sun did come out on our way to the snow festival. The Asahikawa snow festival felt like it’s geared more towards kids and lots of families were out to enjoy the last day of the festival. 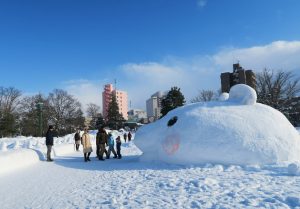 There was a giant igloo shaped like a teddy bear and many little snowmen lined the streets and park walkways. 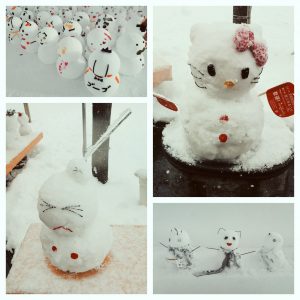 The main festival grounds were located at Tokiwa Park. The place was huge with lots of activities such as hot air balloon rides and a giant slide from the top of the stage area. 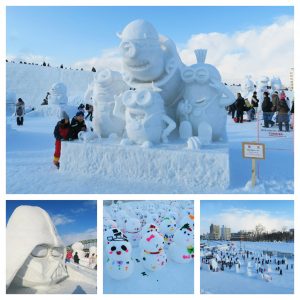 The stage itself was huge. 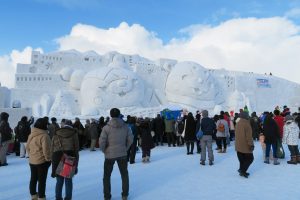 I think the picture below encapsulated the experience. One little guy against the giant snow festival. 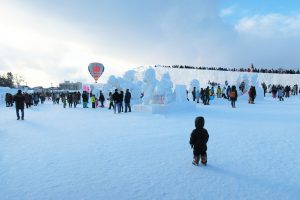 We decided on a grilled chicken/yakitori restaurant for dinner. The place is called Ginneko and the grilled young chicken was delicious. 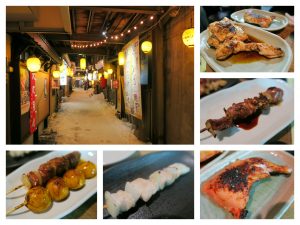 Afterwards we took pictures of our favourite ice sculptures. The one both of us really liked is called Secret Sea. 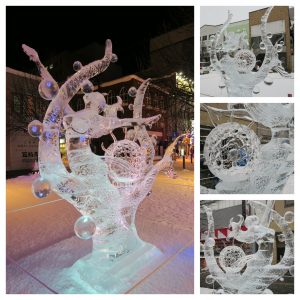 The one called Birth of a Zebra came a close second. 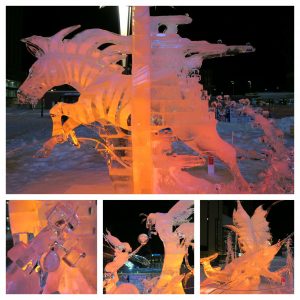 looking back at asahikawa

One thought on “Do you wanna build a snowman?”