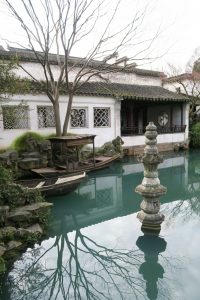 We decided to explore a little further a field today and check out this area known as Tiger Hill. A driver standing by the hotel tour desk offered to drive us to the sites for 50 RMB. On the way to the Lingering Gardens, our first stop, the driver received a call from a friend who had car troubles and needed his help. He was unable to accompany us for the rest of the day and dropped us off without charging us anything. 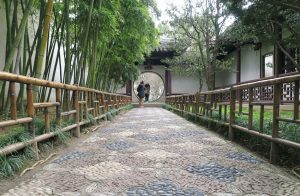 Lingering Gardens was not too busy. I really like the rock table and chairs located in one part of the garden, a useful rock garden. 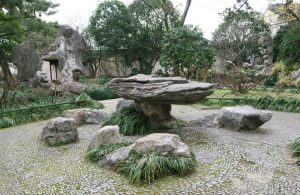 We headed to the Calm Garden afterwards and this was when the day started to go sideways. 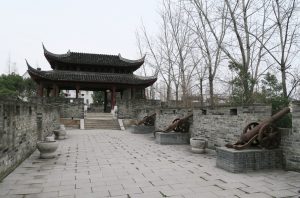 Calm Garden was overpriced and ugly. With an admission price of 70 RMB, I was expecting the same caliber as Humble Administrator’s Garden. It turned out to be a long walk around an ugly lake with rundown facilities. The only part that saved this garden from being a complete failure was the crumbling ramparts of the old city walls. The old canons now pointed at passing high speed trains. 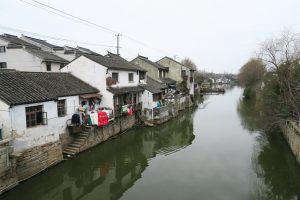 After we left the (not so) Calm Garden, we finally found the ugly Suzhou. The streets on the way to Tiger Hill were filled with old crumbling buildings, aggressive street hawkers and the rude mainlander that I’ve gotten used to. I knew Suzhou was too good to be true! 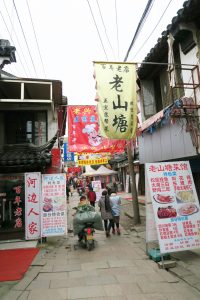 We tried to find a place to have lunch but the restaurants in front of Tiger Hill offering “authentic” Suzhou food were anything but. There were way too many aggressive men trying to get us to either buy fake stuff or book a tour. We got yelled at when we refused their services. It was plain scary. 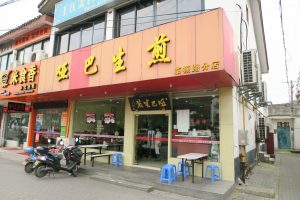 Luckily we found a free cab driving by and hightailed it outta there. By this time we were starving so we made a beeline to YaBa Sheng Jian. This non-assuming restaurant seems to be a local favourite, serving the best pan fried buns I’ve ever had. 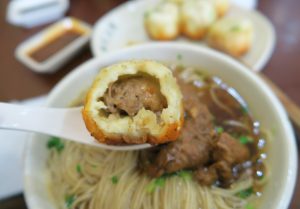 While we were walking around Tiger Hill, we noticed there were numerous wedding dress shops. Some of the style offerings were truly bizarre. 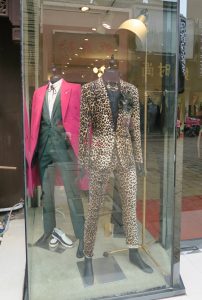 Fred Flintstone called and he wants his skinny leopard suit back. I also notice that people like to wear what appear to be winter pajamas as outerwear. 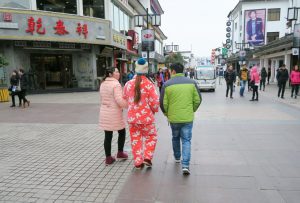 I passed this mostrocity on the way back to the hotel.

One thought on “The Good The Bad and The Fugly”